So, I was driving and ended up behind an older model Honda Civic with a vanity plate. The plate read "GASSAVR." I took this to mean that the driver was saying "Yes, i have an old, inexpensive car, but look how much I'm saving on gas!" To me that seems like a silly thing to write on a license plate, but what made me burst into laughter is the fact that this person spent extra money to brag about saving extra money.
Posted by Justin at 6:08 PM 2 comments: 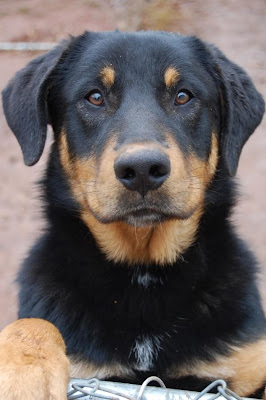 The only window in our house that we can see the neighbors yard and fence from is the master bathroom window. Yesterday afternoon, while I was getting ready for work I looked out that window and noticed one of the dogs, Mr. T, by the neighbors fence. Just on the other side of the fence the neighbors have a garden with watermelons, tomatoes, green beans, and cucumbers. Mr. T was at the fence trying to get his snout as far under the fence as possible. I then watched him pull part of the cucumber vine onto our side of the fence, wrestle a cucumber off the vine,and sit down with it between his paws and start eating it. I laughed so hard!! That goofy dog went out of his way to pick a cucumber and then eat it. After I was done upstairs I went outside just to see if he actually had eaten it, and sure enough it was no where to be found. I wish I had known all along that he was happy eating vegetables. I could have been fixing him a nice salad every night instead of giving him that expensive dog food, and saved a lot of money.
Posted by Justin at 8:34 PM 2 comments: 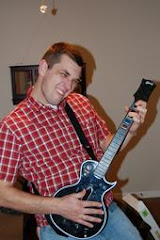 Other Blogs That I Enjoy